Sales of previously owned homes increased modestly in January to their highest level in six months, a sign of continued solid momentum in the U.S. housing market.

Existing-home sales rose 0.4% in January from the prior month to a seasonally adjusted annual rate of 5.47 million, the fastest sales pace since July 2015, the National Association of Realtors said Tuesday. Economists had expected sales would slow last month to a 5.31 million pace.

Sales were up 11% in January from a year earlier, the largest annual jump since July 2013.

The report offers evidence that the U.S. housing recovery is continuing to move along, despite some signs of slowing in other parts of the economy.

Sales of previously owned homes had dropped in November but rebounded in December, caused by delayed closings after the introduction of new federal mortgage rules. December’s sales pace was revised down slightly to 5.45 million.

The inventory of existing homes available for sale at the end of January fell 2.2% from a year earlier to 1.82 million, a 4-month supply at the current sales pace. The national median sale price for a previously owned home last month was $213,800, up 8.2% from a year earlier and the fastest annual price gain since April 2015.

The tight inventory situation is not improving and price growth as far outpacing growth in incomes.

Tight inventories could deter some potential home buyers to enter the market and will likely continue to place upward pressure on prices.

A separate report Tuesday showed another measure of U.S. home prices, the S&P/Case-Shiller Home Price Index, rose 5.4% in the 12 months ended in December, up from 5.2% in November.

The U.S. housing market continued its long recovery in 2015, with existing-home sales posting their best year since 2006—though still well below levels seen before the financial crisis. Sales of newly built single-family homes, which make up about 10% of the total market, rose by 14.5% last year to their highest level since 2007, according to Commerce Department data.

Construction of new homes, though, appeared to slow around the turn of the year, with starts falling in three of the past four months. Residential investment has been a modest contributor to overall economic growth since late 2014 and added 0.27 percentage point to the fourth quarter’s anemic 0.7% growth rate for gross domestic product, the Commerce Department estimated last month.

The Federal Reserve in mid-December raised short-term interest rates after holding them near zero for seven years. Even so, borrowing costs for home buyers have fallen in recent weeks alongside the yield on the benchmark 10-year Treasury note. The average interest rate on a 30-year fixed-rate mortgage last week was 3.65%, according to Freddie Mac, compared with 4.01% at the end of December.

The National Association of Realtors on Tuesday also released annual revisions to its monthly sales data for the past three years. Sales were a little stronger in early 2015 and a bit softer through the summer and fall compared with earlier estimates. The group in a statement described most revisions as “minor with no impact on previous characterizations of the overall market.” 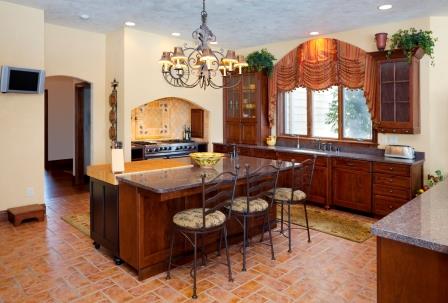